VERY easy to work with. Never give me any problems!


A coupler is a two part piece that you put into icing bags so you can change out the decorator tip even while the bag is full of icing. Can I add corn syrup to the royal icing to add a bit more shine to the icing without it messing up the consistency? Thank you!!!! My husband and I made these. We found the decorating a little tricky but a fun project together. They were delicious, thank you for the recipe. The recipe is straight forward, no-fuss and the results are absolutely wonderful.

Thank you for the tip on rolling out the dough on silpat mats… genius! Thank you for another awesome recipe, Sally! You are welcome, Priscilla! They are my go-to recipe whenever I want to use a cookie cutter! Sally, you have 2 sugar cookies listed.

Both mention egg in the directions, but neither list any in the ingredient list. How many eggs? Thanks for all the great recipes. Thanks Sally. Have pity on this old woman…. I made the cream cheese sugar cookies and they were awesome. 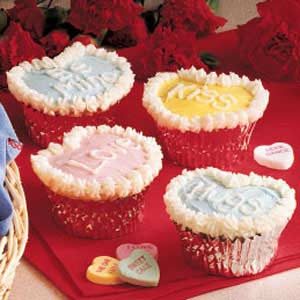 Making another batch today along with the chocolate sugar cookies. Hi Sally! It is only 3 weeks away. Do you suggest making the cookies now and freezing or can I make and decorate the weekend before? How long in an airtight container will the decorated cookies stay fresh. About a week covered tightly at room temperature, but to keep them super fresh for a party, I would refrigerate them. You could freeze the cookies too— see my make ahead tip!

Thanks in advance. Here are some answers: 1 That is well in advance, so I would refrigerate the cookies. Hi Sally love your books and the recipes I making cut outs I would like to use your icing recipe can I use cornstarch in the icing recipe to make that shiny. Any preferences between the 2?

This royal icing sets in no time and is easier to use when decorating.

Making these lovely cookies for Valentines this year. Unfortunately some of the cookie dough got left on the counter with some parchment over it for an hour or so forgot to get it into the fridge. How do you suggest I revive it? Is there a way to save it or do I toss? Hi Melissa! Moisten your hands with a couple drops of water and rub onto the dough. Then roll it out again. It should be workable! My son will stay happily with his Grandparents while we go away for the night and he doesn't miss us half as much as we miss him.

Having said that it was wonderful to be able to lie in and have a leisurely breakfast and a swim with Hubbie - even if we did coo over the babies who were having a swimming lesson at the same time.

The Mumsnet Blogfest was in no way scary at all and I needn't have worried about being lonely as it was a genuinely friendly gathering of women, many of whom were just as worried as I had been about going. I was sitting next to Tanya Byron in the first session and I had no idea until she took the mic to address a point to the panel. I knew I knew her from somewhere, but had no idea where from. Giving myself permission to eat what I wanted was the best decision I've made in years.

I not only enjoyed myself, I also tasted really good food - Beverley Hills Bakery cakes are to die for! A goodie bag can really make or break a great day and the one we got from Mumsnet weighed about half a tonne and was full of proper stuff.

This was a seriously epic freebie!! I'm now going to order the t-shirt they have in the back of Private Eye that bears the legend "I'm the one the Daily Mail warned you about. Labels: adoption , family , fertility , guilt , infertility , Mum , my boy , pregnant , son , stressed.


Thursday, 1 November Seeing red. Hallowe'en isn't really a British tradition. Of course the tradition of kids pushing a broken pram around with some old clothes in it and demanding 'penny for the guy' while sucking on the tail end of a Rothmans is the seedier side that I recall from my own upbringing. I'm not against Hallowe'en as such, I just find it unnecessary to celebrate in such an American style. I have noticed, however, that the obsession with gothic and dark topics is a British tradition dating back to Dracula and Frankenstein.

Let's not forget either the Rocky Horror Picture Show and it's cult following and the fan obsession that pre-dates all these modern day imposters. This reminded me that as a teenager I was a big fan of the vampire chronicles by Anne Rice and then of the TV series Buffy. In recent years we have had the TV show True Blood and then the truly awful teenage obsession with the Twilight series. The latter is like Dawson's Creek with blood sucking.

The angsty teenage vampires are so dire it makes me wonder if as a teenager I was as morose and I have to conclude that wearing only black and purple for 15 years is a sign that I probably was. What I can't understand is why we are so fascinated with the idea of the undead or more likely the immortal. In the Buffy series the relationship between her and Angel was a metaphor for sex before marriage leading to the end of the world.

As an interested non-scientist I am drawn to projects which use unusual ways to engage and educate me about scientific concepts. I was completely thrilled then at the reaction to my Necrotizing Fasciitis cake. Scroll down the page to pm for my cake. That was just the start of a whirlwind couple of days in which we saw the photo of my cake appear on news websites from Spain, Greece, Bulgaria, Chicago USA, and various other European countries.

There was even some video footage of me finishing the cake by AFP lots of shots of the other cakes too. The cookies I made were inspired by the Wellcome Images competition. I love the colours and shapes of individual cells and so the idea of producing some cookies based on deadly bacteria and viruses was bound to emerge. I did some research on mortality statistics from across the world, then narrowed down my selection further based on what images were the most visually appealing. The following are just a few of my own pictures of the cake and cookies I made. Top row left to right: Salmonella, Legionella, Smallpox.

A huge thanks goes to Miss Cakehead and Carla Connolly at the Pathology Museum for organising such an inspiring event, and for asking me to contribute. This was definitely one of the highlights of my cake career so far. Here are a few of my ideas so far. Making a Venn Diagram quiche is tricky, but possible. I used the thickest foil tins I could find, and cut them up to make the basic Venn shape like this.

After a brief chat about designs, the theme of skulls quickly emerged as the way forward. We had a really, really tight deadline for this commission — just a few days instead of our usual 4 week plus lead time. Luckily, Quirky Towers is full of books about science. We even had a model skull! The cake was really fun to make. I covered it roughly in fondant, allowing it to crack and dry out in places to make the texture more like a really ancient skull.

I then made a start on adding fondant muscle groups, as though the cake was a partially completed forensic facial reconstruction. The finished cake looked like this. October is officially science month at Quirky Towers. Keep your eye on the blog for more science and baking fun during the next few weeks.

You may remember my attempts at making her a dress for the party.